“One’s Entire Life among Books”: Soviet Jewry on the Path from Tanakh to Library 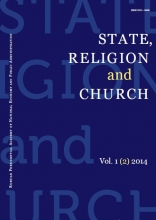